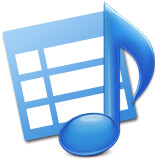 Just works and does it's job well

Follows the philosophy of doing one thing, and doing it well. This tool is great, it's done everything I've asked of it, be it renaming poorly named files, or adding metadata.

Ive had it for years now and just came to check if there were any updates as im loading 15k tracks for processing. This thing is a beast! get it!

Great app. Worth the money.

The Apple Music app (formerly iTunes) is bad at a lot of things. One of them is keeping track of files, tags, etc. Tag Editor makes all that so much easier. I'm a musician. I need a good way to prep my metadata for sharing reels and sending things out. I can totally rely on Tag Editor to handle that for me.

Removal of Extra Spaces and Characters

Sometimes audio tags and filenames contain leading, trailing, or multiple embedded space characters. Irregular spacing can cause unexpected results when you sort, filter, or search your music collection. Because redundant spaces are not easily noticed, the unexpected playback order may be difficult to understand.

Amvidia Tag Editor for Mac helps quickly clear music metadata and filenames from unwanted spaces. To delete all spaces from texts, except for single spaces between words, follow those two steps:

1. Select cells that you want to clear of the irregular spacing. Read more on using keyboard shortcuts for selection >>

Tag Editor can automatically clean audio tags from text in brackets, improper punctuation characters, and digits at the start and end of tags. For example, ._!10 - Lady_In_Black (Uriah Heep Сover - Bonus) 2007 -, the tag will be replaced with Lady In Black.

We are always glad to improve our applications for your needs.
Contact us about a new feature request or any issue with the Tag Editor.