The list of supported codecs that can be used when converting to MP4/M4A format: 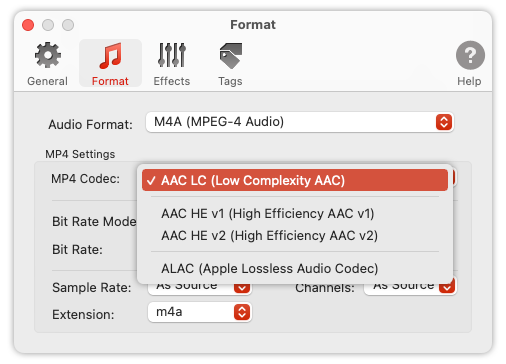 Bit Rate Mode is inapplicable and has no effect when Apple Lossless Audio Codec is selected. 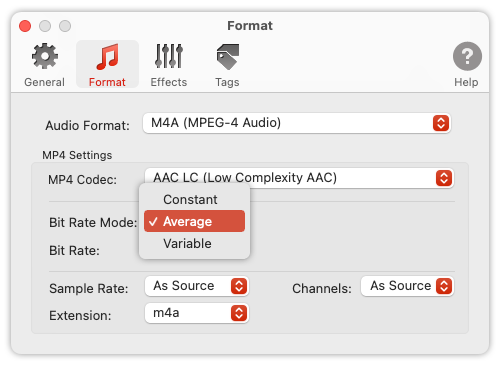 VBR Quality is applicable only when one of the AAC codecs is selected and Bit Rate Mode is Variable. Allows selecting algorithm allowing to encode audio with the best quality or with the best speed. 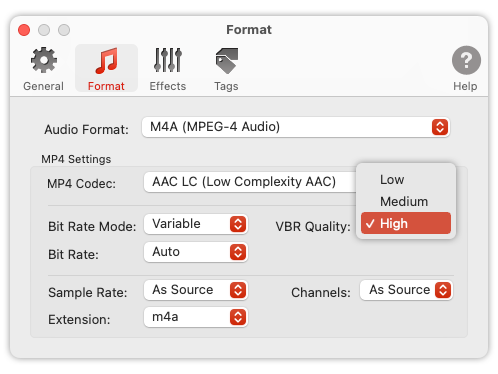 The higher the bit rate, the better the quality, but higher bit rates create larger files. 'Auto' lets the application calculate the best bit rate of encoded audio depending on the bit rate of source files. ‘Auto’ is selected by default. 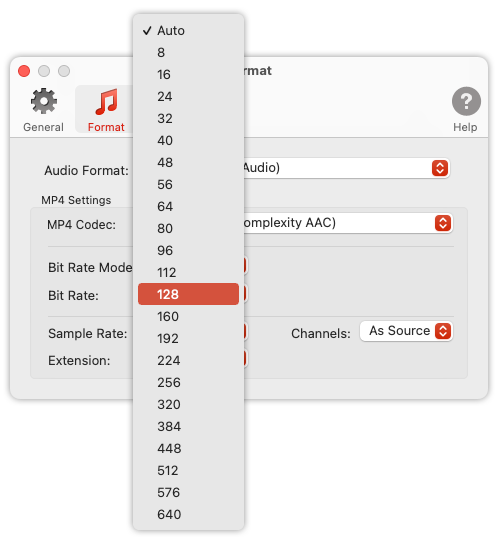 Select ‘As Source’ when encoded audio should have the same sample rate as source audio. This is the default preferred setting. 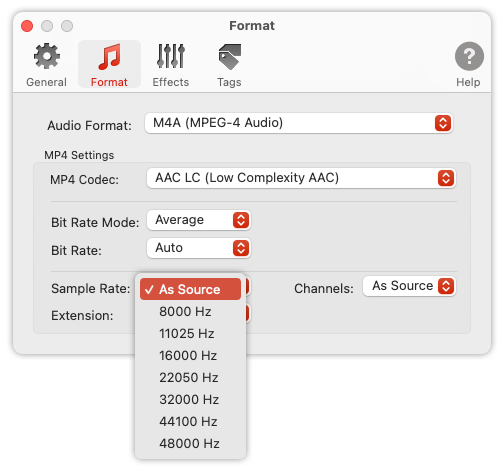 Select ‘As Source’ when encoded audio should have the same number of channels as source audio. This is the default preferred setting.

A fixed number of channels also can be set to: 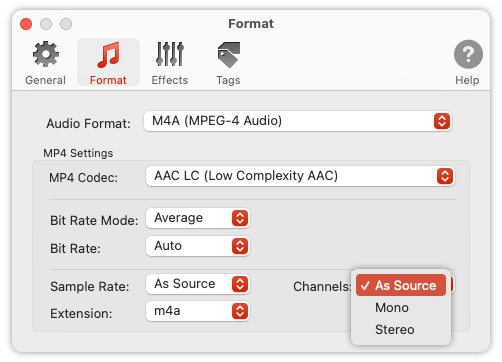 Select ‘As Source’ when the Bit Depth should be assigned to 16, 24 or 32 bit, depending on the bit depth of source audio. ‘As Source’ is the default preferred setting. Bit Depth is applicable only when ALAC (Apple Lossless Audio Codec) is selected. 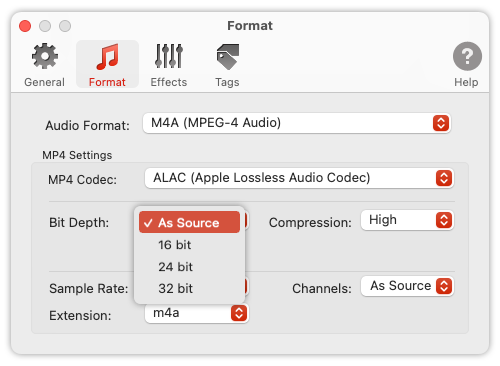 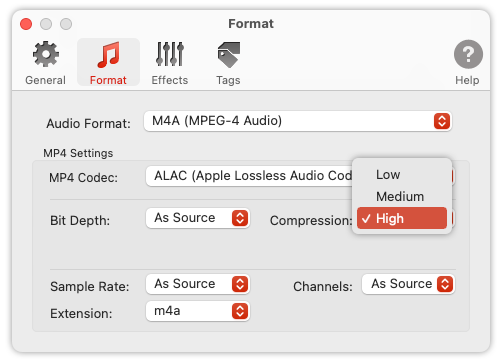 Specifies the extension of output files - mp4 or m4a.

MP4 stands for MPEG-4. MP4 is a format commonly used to store video, audio, subtitles and still images. MP4 is also a filename extension used to represent both audio and video files.

M4A stands for MPEG-4 Audio and is a filename extension to represent audio-only MP4 files. MPEG-4 files can contain any number of audio, video, and subtitle streams, so it is impossible to determine the type of streams in a MPEG-4 file by its extension. As a response to this issue, Apple started using and popularizing the .M4A filename extension. M4A is used for MP4 containers with audio encoded with Advanced Audio Coding (AAC) or Apple Lossless (ALAC) codecs. 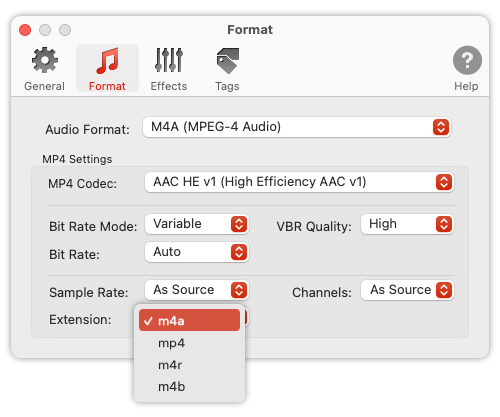